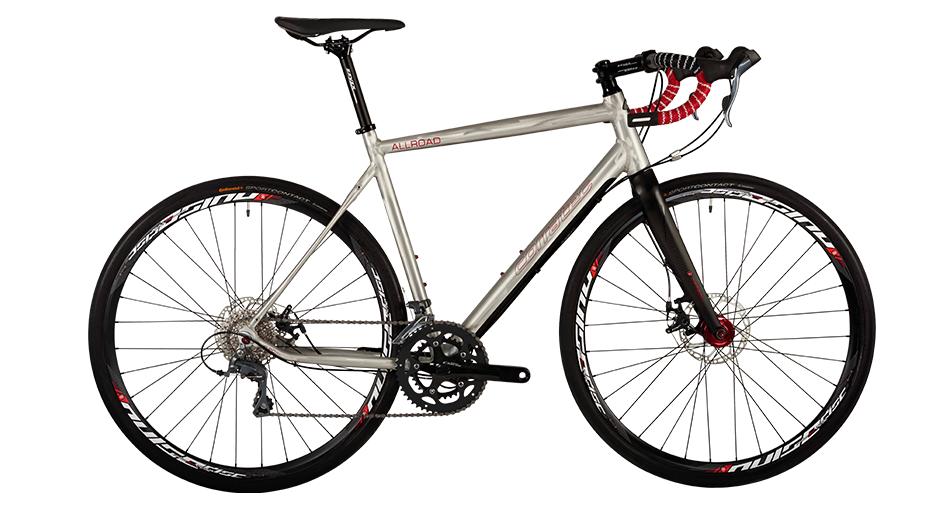 VDo you like speed? And you like to think outside the box? Hybrid bikes are for you!

They combine the lightness of the race bike with the ruggedness of mountain biking. But beware, these are not electric bikes!

WHAT ARE THE DIFFERENCES WITH OTHER BIKES?
Cycling is one of the most popular sports in France. There are several disciplines.

First of all, the racing bike that allows you to ride the road while keeping a high speed. It is characterized by narrow tires , a thin and light frame , a handlebars curved to change grip, but its saddle is uncomfortable and it does not allow to ride on other terrains that the road. Then the mountain bike (MTB) , solid , with wide and notched tires , a right handlebar and sometimes a suspension front fork , it can go everywhere in the countryside , in dirt roads
and stone. Also called mountain bike , it is widely used in the mountains as its name suggests.

Finally the all-road bike (VTC) is a bicycle touring bike . It is equipped with road tires a little wider than those of racing bikes, a comfortable seat and equipment adapted to the ride ( front basket, mudguard, lighting and luggage rack ). It is ideal for country walks . More heavy , it does not allow to speed and it is more difficult to handle rough terrain.

WHAT IS A HYBRID BIKE?
Hybrid bikes are created for athletes looking for performance on the road or on various terrains . 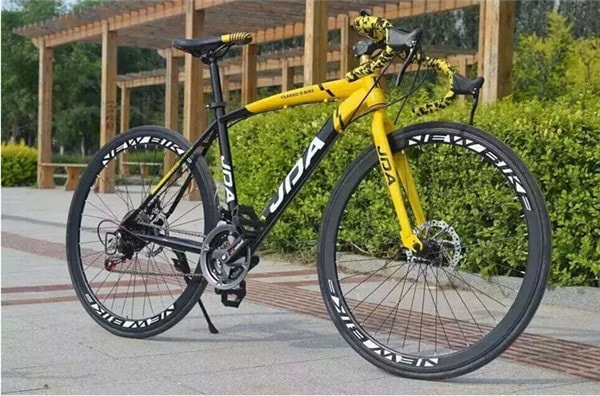 Nothing to do with electric bikes, hybrid bikes are called because they are the mixture of two types of sports bikes. These are not bikes for the ride or trekking, although they can be used for this type of walk.

Some models have comfort features such as mudguards and luggage rack, they are very similar to the VTC, but their weight is optimized to allow speed peaks . The brakes are more efficient than the VTC to allow good braking even when you ride faster.

Designed specifically for sport cyclists who want to combine speed on the road or in the city and outings to the countryside, hybrid bikes are also called fitness bike or bicycle touring bike .

DO NOT CONFUSE WITH ELECTRIC BIKES
Hybrid bikes have nothing in common with electric bikes. The term hybrid is used in cars to describe mid-electric cars mid-thermal (petrol or diesel), but for bikes it does not mean the same thing, except that the hybrid is a mix between a bike running and an ATV.

Then we are home again!

After 13 weeks and 1096 miles we are back home at our dear Ringsholm. The snow is not deep but a few cm we have. The house was heated and the hill shed when we arrived, what more could you ask for? Slightly cooler than southern Portugal and Spain but it's just biting and getting through.

This was our first real trip and even though we had to shorten it considerably, we have learned a lot on the way.

That two people and a fairly large dog should be able to join the few square meters that a motorhome gives, requires routines, understanding and patience. But it went, without awning too! Collaboration is required, the right person in the right place and it is important to know where to put down the foot, maybe there is a dog right there.

Everything costs, so even living in a camper, but how much? Before our trip we laid a budget, so this much gets it cost. It included, with everything included (from toothpaste, dog food, cafe visits, food, campsites, parking places, gas to insurance and traffic tax on the motorhome), we have lived on SEK 15,000 / month. What is added is diesel (0.97 l / mil). Despite this, we have lived well. Furthermore, we have escaped shopping, things are taking place and we have been short of it. Things resolve themselves!

Are we able to drive a motorhome in Europe? Crowded small towns in France and Portugal and the German autobahn are quite different from quiet Sweden. But apart from a few small "touches" with the right rear-view mirror on objects that have chosen to be too close, it went really well.

LPG and the possibility to refuel outside Sweden is a standing issue in several groups on the net. We took it safe before the unsafe and allowed to install two fixed bottles before departure. Then we have now learned to refuel with different adapters. At some stations, the staff did not know how it would be and probably did not think we did anything that was completely legal. " I see nothing " was a comment in one place. But the refueling has settled and we have escaped to look for stations. Also being able to refuel in Luxembourg for less than 50 cents / liter is also quite ok.

Some have the goal of getting down to the heat as soon as possible, and that's ok. We chose a longer itinerary with a quiet pace. In addition, maybe a little odd route because we met very few other motorhomes.